When I set off on this pub quest, I wanted to treat it as an anthropological endeavour. We would go, without prejudice, to all the posh gastropubs as well as the neighbourhood boozers, experience the vibe, appreciate the cultural baggage of the landlords, the patrons, the decor, the drink, the food. In reality though, we found, sometimes we just don’t have the patience, the curiosity, the inner strength to endure the smell of beer-stained and rarely cleaned carpets, the pastry soggy from gravy, the Greene King IPA. Today was one of those days. Z wanted somewhere with a vegan menu, I didn’t want another Harvester, so we settled on King’s Head.

Not a Harvester, perhaps, but still a part of a chain: Vintage Inns. Maybe it’s the profile of that particular chain, maybe it was the location (Billericay), but the place looked posh and was pricey: £50 for food and drinks for two. As usual in such places, the decor was rustic chic, pleasant, if a bit lacking in character (yes, they do pipe music in). The drink selection was acceptable, with three real ales (Doombar, Ghost Ship and Holy Grail) plus some Thornbridge crafts in bottles. I tried Chieftain IPA on tap, which turned out quite awful.

Vintage seem serious on vegan, with the dedicated menu containing at least three options for each of starter, mains and pudding. Z chose a pasty, a burger and apple pie, and liked all of them. I offset that with a pork belly mains – quite nice, though far from the best pork belly I’ve head (that award would go to The Elizabethan in Luton, Devon). Yeah, no burger this time; I was still recovering from the amazing one I’ve had in Les Ateliers des Capucins in Brest. In the end, this was Z’s favourite find on this quest thus far, mostly due to the range and quality of vegan food, as well as two wines specifically marked as vegan. As for me, I prefer independents; it being a chain, the high prices and the sleek decor reduce the notes a bit. That said, on both the decor and the food front it seemed a bit better than similarly priced Duke’s Head, so it might be worth another visit. 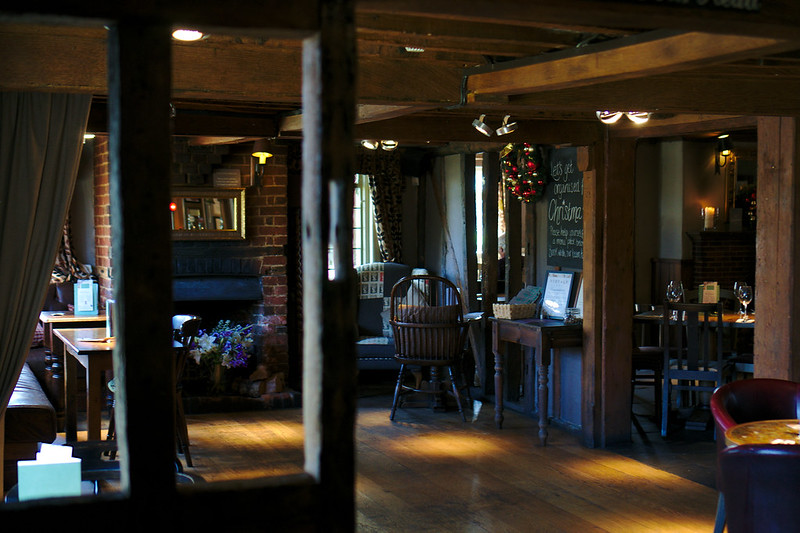